Everyone and their dog have shared their opinion on the recent Google AlphaGo commotion of AI beating Fan Hui, a pro player, and its upcoming match against Lee Sedol. As an avid Go player, as well as a machine learning practitioner with a long history of programming game AIs, I have a different perspective on what AlphaGo’s victories ultimately mean and why you should care. 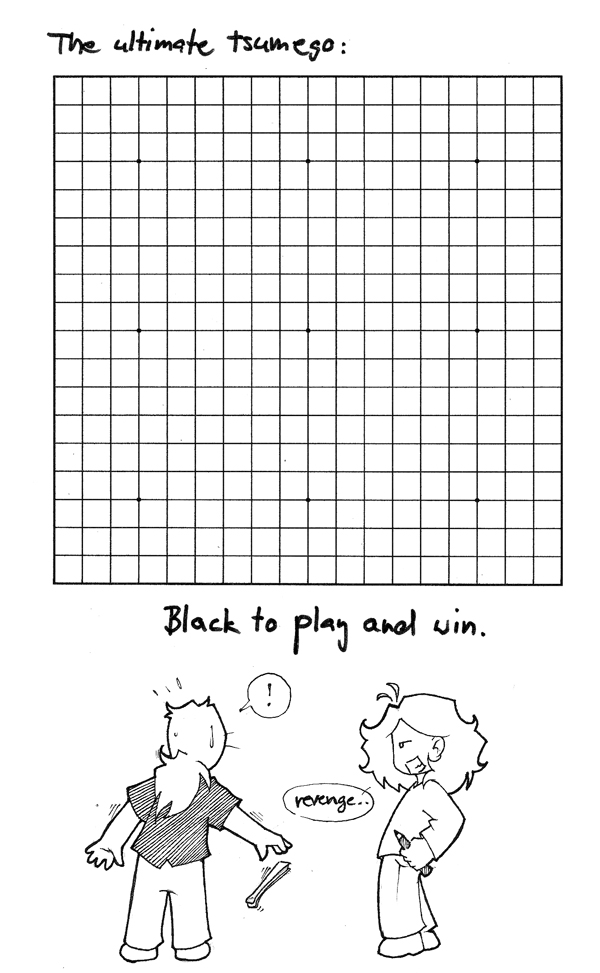 The ultimate Go problem to solve. Image courtesy of the awesome emptytriangle.com.

I don’t intend to rehash the usual points: Go is hard, computers are fast, deep learning cool, SkyNet around the corner, yadda yadda. Mostly true, but only relevant here to the microcosm of one obscure, nerdy game. I love Go, but the honest question is: who really gives a shit about Go computers beating Go humans? It’s been done in countless other games before. How is this a “victory for humanity”?

In this blog post, I want to argue for a different angle that most journalists miss. Go exhibits some unique properties that make it stand apart. And I don’t mean in the usual sense of “Can the particular algorithm from AlphaGo be used to solve other, more immediate business problems?” (it can, approximately to the degree IBM’s DeepBlue and Watson were business successes…).

Rather, I mean more simply and directly: what will be the high-level strategies that AlphaGo discovers in Go? Because to the degree we (humans) can identify and name those strategies and concepts in AlphaGo’s play, they could be immediately transferable to real life situations, outside of Go. It’s not easy to see this connection between an obscure desk game, played with black and white stones on a 19×19 board, and anything “real”, but that’s exactly what I want to argue here.

Getting the theory out of the way

But first, a few basic facts, just to be on the same page:

So, unfazed by AlphaGo’s victories and without much hope of seeing Go rigorously solved in my lifetime, I am nevertheless super excited about these advances. The reason is a little more subtle though — it’s due to the intrinsic nature of Go as a game.

Go as mirror of life

Games are a simplified reflection of certain aspects of our life. Their evolutionary appeal and ultimate purpose is as simulations: risk-free training for situations that are too expensive to act out in the real world. Go is extraordinary in this respect. It has survived thousands of years, a testament that it captures something rather fundamental to human existence. What insights can we draw from Go? 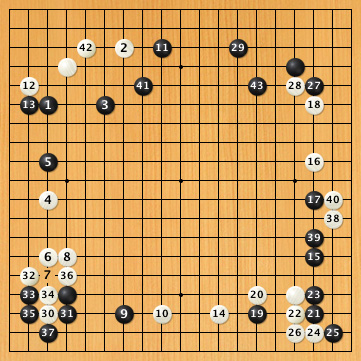 This is of course not a new insight (which is why I’m surprised I don’t see it mentioned more often in AlphaGo’s press coverage). For example, the U.S. Army’s Strategic Studies Institute has explored this angle thoroughly, in their Learning from the Stones: A Go Approach to Mastering China’s Strategic Concept of Shi:

How is that for a different angle on AlphaGo victories?

That is the core appeal of Go; it provides strategic insights that made it survive millennia, virtually unchanged. Everything about the game reflects this: from its terminology (life&death problems, influence and initiative, sacrifice, connecting groups, dormant potential) to Go proverbs. To name a few: “your enemy’s key point is your key point”, “a rich man should not pick quarrels“, “make a feint to the east while attacking in the west”, “make a fist before striking“, “urgent before big”, “play away from your own strong positions”, “worse than kill, let your opponents live small” and countless others.

With Go, there’s a remarkably clear connection between these hand-wavy generic adages and their execution. The effects of Go on cultivating the strategic mind have been recognised as one of the basic four virtues of the Chinese scholar.

“When starting, the best strategy is to spread the pieces far apart and stretch them out, to encircle and attack the opponent, and thus win by having the most points vacant. The next best strategy emphasises cutting off the enemy to seek advantage. In that case the outcome is uncertain and calculation is necessary to decide the issue. The worst strategy is to defend the borders and corners, hastily building eyes so as to protect oneself in a small area.”

These are remarkably astute Go (and life) tips, and sound advice even by modern standards. They were written down by one Huan Tan, around 5 BC (!). A fascinating window into the thoughts and strategies of people from around the time of Jesus.
(A blasphemous thought: how much did these words of early Go masters influence the two millennia of Go that came since? Are there other, perhaps superior strategies, along the lines of the unorthodox “black hole” Go opening popularised recently?)

There are no “special” pieces or funky moves in Go; all stones are exactly the same, with the same intrinsic value. To the extent your stones gain advantage over your opponent’s, they do so by means of their mutual interconnectedness, and not their individual nature.

And this is precisely what excites me about AlphaGo. I don’t care much if it beats all humans (I agree with Kasparov’s assessment — the writing is on the wall for Go).

I do care though if a new pattern of playing emerges. Shedding human preconceptions and cognitive crutches, like “sente” or “ko”. Something on the level of re-inventing the concept of “sente”, or “corners first”, or “to attack West, lean against East“… only different, more advanced. And by analogy, I’m excited by the prospect of applying these new concepts in other situations, outside of Go, in real life circumstances.

Advances in computer Go are not about whether bots can play better than humans. That question is about as interesting as whether airplanes can fly faster than birds.

Rather, I’m excited about whether, in the process of surpassing us, computers can teach us something surprising about Go itself. And, by virtue of Go’s remarkable life-mirroring qualities, about our everyday lives.

A wise man once said, “The purpose of computing is insight, not numbers”.

To me, the promise of Go AI is delivering insight, not victories.

Founder at RARE Technologies, creator of Gensim. SW engineer since 2004, PhD in AI in 2011. Lover of geology, history and beginnings in general. Occasional travel blogger.