As a part of the RARE incubator program my goal was to add two new features on the existing TF-IDF model of Gensim. One was implementing a SMART information retrieval system (smartirs) scheme [1] and the other was implementing pivoted document length normalization [2].

In this blog I'll discuss the whys and whats of the implementation. I'll also inspect the original paper by Singhal, et al [2] on pivoted document length normalization.

When classifying documents into various categories it was noticed in the same paper Singhal, et al [2] that cosine normalization tends to favor retrieval of short documents but suppresses the retrieval of long documents:

Figure 1. - The variation of probability of retrieval and relevance with respect to document length.

Before we get to pivoted normalization itself, a few words on the bag-of-words model, term-frequency-inverse-document-frequency (TF-IDF) and the SMART weighting schemes. If you’re familiar with TF-IDF and its variants, you can skip straight to the sections below.

In very simple terms TF-IDF scheme is used for extracting features or important words which can be the best representative of your document. To get the intuitive feel of TF-IDF, consider a recipe book which has recipe of various fast foods.

Here the recipe book is our corpus and each recipe is our document. Now consider various recipes such as:

Now we propose the scheme of TF-IDF which simply put is a mathematical product of term-frequency and inverse of the document frequency of each term. One can clearly visualize how the words like "potato" in French fries will have a high TF-IDF value and at the same time are the best representative of the document which in this case is "French Fries".

There exist multiple variants of how to weight the terms and document frequencies, using subtly different formulas. To make the notation scheme clearer, describes SMART (System for the Mechanical Analysis and Retrieval of Text, see Wikipedia [1] information retrieval system, or SMARTIRS in short, defines a mnemonic scheme for denoting TF-IDF weighting variants in the vector space model. This notation is a 3-letter string of form TDN where T represents the term weighting for term frequency, D represents the term weighting for document frequency, and N represents the normalization scheme employed after the calculation of TF-IDF:

For example, the most basic TF-IDF variant is described as “ntc” under this scheme.

With the basics out of the way, what is pivoted normalization exactly and how does it work?

We can solve the problem described in section 2 by introducing a new bias in favor of long documents to counter the unwanted bias introduced by cosine normalization for short documents. So our pivoted normalization scheme should be something like: 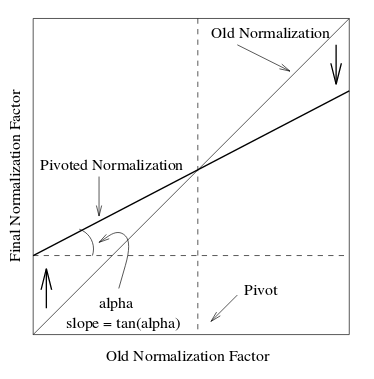 Figure 2. - Using pivot and alpha to "tilt" the old normalisation.

This approach requires two parameters for the normalization to work:

We expect the user to supply both of these values. Generally, we can use the average number of unique terms in a document (computed across the entire collection) as the pivot and use grid search to get the optimum value of slope which ranges from 0 to 1. For a more detailed example the user can check this notebook out.

I used the publicly available twenty-newsgroup dataset for comparing the traditional TF-IDF methods with that of pivoted normalization.

The study was conducted for binary classification of text into two categories namely 'sci.electronics' and 'sci.space'. The data consisted of 1184 training documents and 787 test documents belonging to the two categories.

I used TF-IDF to generate features from documents which were later fed to a logistic regression classifier. The logistic regression classifier implementation of sklearn assigns scores to each document, which for my particular case had a varying score from approximately -2 to 2. The magnitude suggests the confidence level of the model that a particular document belongs to a particular class and the sign of these scores suggested the category to which the documents should belong.

The idea was to plot a histogram for the top K scoring documents and visualize their scores. 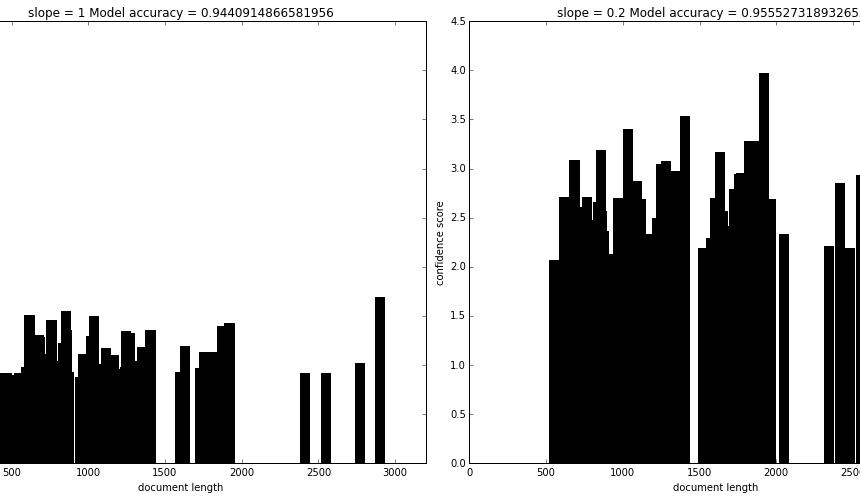 Figure 3. - The confidence scores of documents plotted against the corresponding document length. The first plot is using the traditional TFIDF and the second is using pivoted document length normalisation.

We observe an overall increase in the confidence score since we are introducing an additional bias for long documents along with the already present intrinsic bias for short document.

Also please do not confuse that the score of the same document is increased. The plot is plotted against the score of top-k documents which are different in both the plots.

As we decreased the slope to 0.2, we notice that the histogram plot is now equalized and shows little sign of bias with respect to document length. We also notice an increase in accuracy of 1.1%.

Also by using pivoted document normalization we notice an increase in scores of nearly all the top K documents fetched. This mostly doesn't affect our results because the scores are almost evenly scaled up. Though this suggests that our model is now more confident in classifying the documents into a particular class. 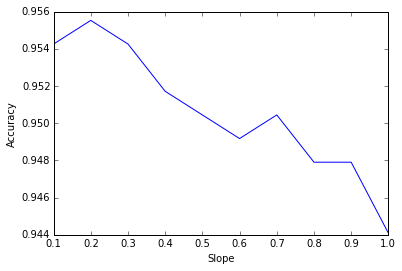 Figure 4 is a plot between slope and achieved accuracy of the model, it suggests that a decrease in slope doesn't always necessarily increase the accuracy. The reason for this behaviour can be attributed to the fact that by introducing too much bias for long documents to counter the bias for short documents, after a certain extent we are introducing another overall bias in the TF-IDF model which is redundant and unwanted.